Metres and Metres of HARU Tape

Metres and Metres of HARU Tape

You might have seen that we are now selling our HARU stuck-on design OPP tape by the metre.

You may be wondering what sets the OPP tapes apart from the other HARU tapes. OPP (oriented polypropylene) is a durable, non-stretchy plastic film with a matte finish. The OPP tapes are particularly interesting because they have bold black patterns printed on them, perfect for adding flair to a room. There are two pattern families – Graphic Geometric and Traditional Japanese.

The Graphic Geometric patterns are exactly that – stripes, polka dots, zigzags and gingham. The OPP film is transparent, allowing the bold, black lines to stand out against whatever background you put them on. They look incredible layered on top of HARU washi tape. 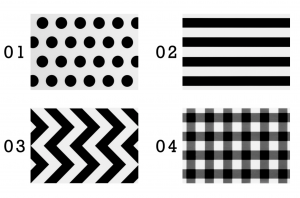 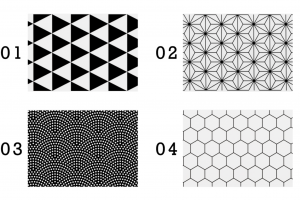 The Traditional Japanese patterns are more complex in their design. Based on designs found in Japanese culture, such as the hemp leaf pattern that is often considered a talisman to ward off evil. There’s also a mostly black design, with transparent dots in waves that are reminiscent of raked gravel in a zen garden.

All the patterns work well together. You can even layer more than one pattern on top of each other to make a design that is uniquely your own. Unlike the other HARU tapes the OPP tape has a backing on the adhesive, rather than coming as a roll. This means that you could cut the OPP patterns down further, for example turn the zigzags into chevrons, or the polka dots into a single line of dots. It really is entirely up to you.

The HARU OPP tapes are perfect for adding an exciting and bold design to any room. And you don’t even need to choose between them anymore – just buy a metre of each!